My partiality for wild foods is especially stimulated when I travel and enjoy the opportunity to find new things to eat. This year, we spent a week in the Highlands of Scotland

Before we start looking at some of the wild foods I found and ate (or not), I've got to say a few things about the location, and the accommodation.

We stayed in a sensitively-modernised crofters cottage, right on the shore of Loch Ewe, on the Gairloch Peninsula. That's pretty much the northwest corner of Scotland - a bit of a trek to get there, but as we hoped, very much worth the trip. The landscape and scenery in the area is breathtakingly beautiful in a way that's hard to describe or capture in photographs.

The cottage itself was quite perfect - cosy, with an honest traditional feel, but with ample room and modern comforts, including (big win, for me) a very well equipped, spacious kitchen. Situated on a croft with direct access to the rocky seashore - a perfect base for my favourite kinds of interesting exploration. 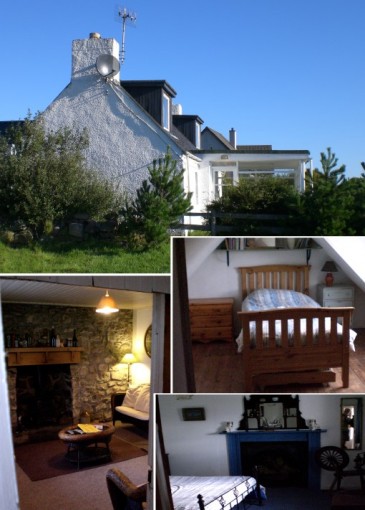 The place is called Coille Bheag - and I highly recommend it (I promise they're not paying me to say so) - check out the link above for more pictures and details of this excellent self-catering holiday accomodation and more about the surrounding location.

For The Wild Food Fanatic

The Wester Ross area is a great destination for the wild food fan - the ratio of people to land area is small - so there's no fierce competition with other foragers for precious finds such as wild mushrooms.

There's no shortage of rainfall and fresh water, which helps to ensure abundant pickings of berries and wild greens.

And the beaches are clean and the seas unpolluted - so finding safe shellfish and other marine wildfoods isn't a matter of pot luck.

Of course, as well as the wild foods that the individual enthusiast can forage, commercially-caught local wild fish and shellfish, great fresh local produce and Scottish speciality foods are all readily available.

The weather is pretty unpredictable across the whole of the British Isles - and Scotland is no exception - on top of that, weather in the Highlands can be extreme. With that in mind, we prepared ourselves to get out and about even if it was wet and windy - but as it turned out, most days of our holiday were mild and dry with sunny spells - with a real scorcher in the middle of the week.

What About The Midges?

Whenever we told anyone we were going to the north west of Scotland, they mentioned the midges - and as I understand it, the Highland Midge is indeed troublesome in some areas - we only had one damp, windless day when we noticed them biting a lot - and that only lasted five minutes until we wiped ourselves with cheap insect repellant.

It probably helped that we were on a sea loch, but even when we went inland into the woods and glens, we didn't really have much trouble with the midges. And even when they do bite, it's a momentary and minor irritation, not at all like the bite of a mosquito.

On With The Show 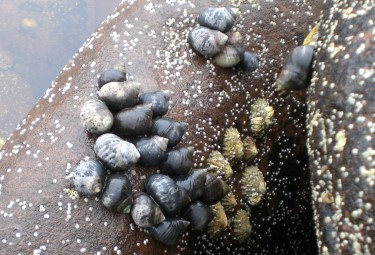 Abundant, large winkles can be found all around the coast - especially on the very rocky bits.

I gathered and cooked a few handfuls of these for a lunchtime starter and ate them with vinegar and pepper - they were great.

For a bit more detail on this once-popular mollusc, here's a link to a previous page on the subject (when I ate them at Lulworth Cove). 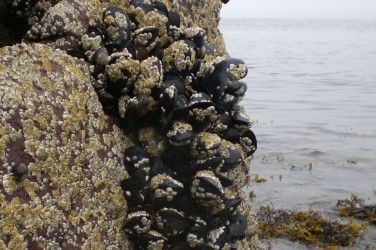 Huge clusters of mussels were in evidence on the rocks well below the tideline, including some really big ones.

I gathered a big pile of these and they were good - although there was an interesting surprise in store - details here. 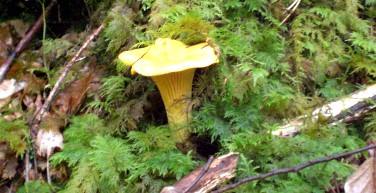 The damp forest floors were great for wild mushrooms, like this excellent Chanterelle.

I found many other species, including Amethyst Deceivers (link to previous article). 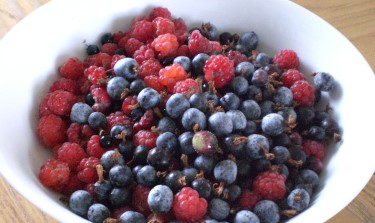 Bilberries (known in Scotland as Blaeberries) were mostly finished by the time of our visit, but I managed to find a few handfuls on a rocky ledge by a waterfall.

In the woods, raspberries were everywhere and to my surprise and delight I also found some wild blackcurrant plants with lots of ripe fruit on them. 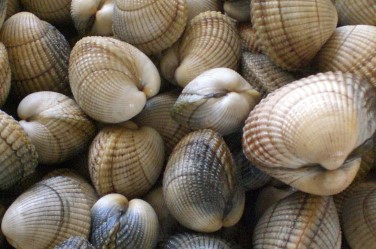 My son, David, was digging in the sand and came across a couple of these completely by accident - enormous, fat cockles.

We rummaged about nearby and in no time, had gathered enough for a hearty meal. 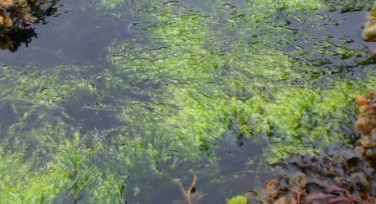 It may look pretty unpromising - and the common name ('floating gutweed') even worse, but this common seaweed - found mainly in rock pools toward the high tide mark - is edible and tasty. 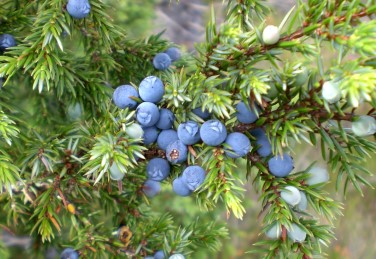 On a rocky hilltop in woodland near the shores of Loch Maree, I found some juniper trees - one with lots of ripe berries on it.

I didn't eat these during the holiday, as they are a spice more than a wild food, but I brought a handful home - where I dried them and later used some of them to flavour a piece of Christmas gammon. 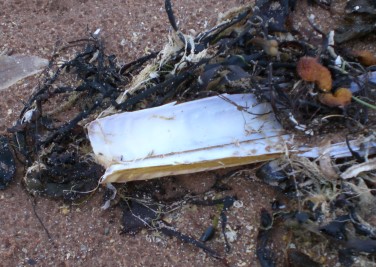 I'd love to be able to report that I found and ate some of these highly-prized molluscs - I know they were there, because I found a lot of their shells.

I looked long and hard for them in the fine sand at low tide, but came up empty-handed.

Maybe the tide wasn't quite low enough, or maybe I wasn't looking in quite the right places - but sadly, I didn't get to eat any of these. 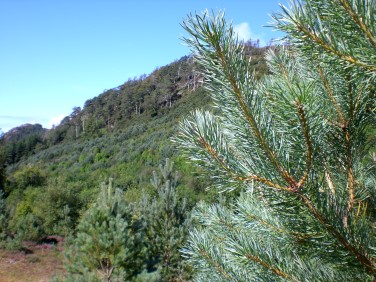 I've long known that pine needles could be crushed and steeped in hot water to make a refreshing drink.

In Scotland, pine trees (Scots Pine) were everywhere - I picked some needles from a tree near Flowerdale Falls to make pine needle tea. (Sorry, there's no separate article to link to about this). 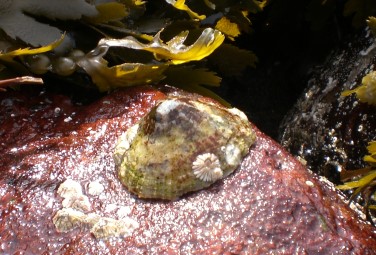 There were lots of limpets on the rocks on every beach - I've eaten these before (tasty, but very chewy).

I took this opportunity to experiment with tenderising them by long slow cooking - the details and results are here. 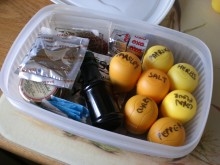 On previous holidays, I've been caught out by lack of proper ingredients and seasonings for my wild food ventures - so this time I decided to take a kit containing salt, pepper, spices, stock cubes, herbs, seasonings, mustard, honey, cornflour, soy sauce, vinegar and a few other things - as well as larger amounts of butter, flour and sugar.

(As you can see, I took my own advice on the choice of containers - and used some of the little plastic pods from inside Kinder eggs).

Not knowing what would be available at the cottage, I also took my largest saucepan and my cast iron skillet - this turned out to be mostly unnecessary, as the kitchen was very well equipped - although the skillet was useful as I took it out with me to cook my wild mushrooms over a portable stove, straight after gathering them.

Only Scratching The Surface

Our week in the Highlands was highly enjoyable, but it was all over too fast - we've brought back lots of memories and photos from our holiday, but I know we've hardly scratched the surface of what this beautiful place has to offer - both in terms of wild food and general holiday enjoyment.

I guess we'll just have to go back sometime...

I post this as a Sassenach living in Scotland. Glad you enjoyed the holiday. Realised why you only found 12p - too busy looking at the stunning views :-http://www.youtube.com/watch?v=skulR7CceZY;